Adult care, assisted livings, nursing homes, adult day care et al.  What do they all have in common?  Mountains of paperwork and most of these businesses do not have a proper web presence.  Most referrals for new clients come from hospitals and rehabilitation facilities, or loved ones.  But for the clients who can’t get to you through word of mouth, they will look for you online.  If they can’t find your website or it looks dated or doesn’t operate well on a mobile device, guess what?  You just lost a client, and who wants that?

The reason Bendy Computers can say it knows this industry well is because Damian, co founder of Bendy Computers, was a client in an assisted living facility in Baltimore for about 2 years.  He got an inside look at how the business works, what it’s needs are, and gained an understanding of how busy theses house managers and landlords are.

Not only can Damian build you a website, he can help with PAA Grants, SSI, SSDI Food stamps, free phones, medical insurance enrollment, and internet essentials from Comcast.  You know your clients need services, but you don’t have the time to fill out mountains of forms, or maybe you don’t know where to find the forms.  Whatever the case, Bendy Computers can help your clients get everything they are owed so they can have their needs effectively met.

Bendy Computers is not a law firm, does not offer legal advice, but merely provides administrative services and you agree to not hold liable Bendy Computers or any agent of Bendy Computers for any problems, errors, omissions, or adverse decisions in regards to any paperwork or electronic forms filled out on your behalf.

Written by
Damian
Posted in
Projects
Comments
Leave a comment

Ova West is a HTML5 game developed using Game Maker 2 Studio. It is a platform game based made by Bendy Computers. The game is set in Baltimore, and has users play in 5 different neighborhoods in a west to east direction. The game will be released on miniclip, addictinggames and bendy computers website. Game play will be similar to double dragon, and art style is to be determined, but probably as simple as possible. Target release date is November 2021.

The target audience is the 13 to 25 year old male with an interest in following one or more items: hip hop, urban culture, Baltimore, web games, flash games, browser games, games based on real locations, platform video games, games with story-line.

By the end of May, all e learning on game development for game maker studio 2 should be completed. Game maker studio 2 licenses should also be acquired by this time as well. Announcements with preliminary art should be available on Bendy Computers website and Facebook page. The game title will be announced, and the synopsis from this article and a more detailed press release will be made available by may 15th 2021.

The levels will be sketched out on paper by the end of June, along with as much of the character, npc, projectile, obstacle, and other such sprites.

Pseudo code and flow charts will be completed by july 15th.

Once all assets and code precursors are done, 2 weeks will be allotted to putting the assets into game maker and getting the code fully written. This should be around July 30th.

A closed beta will begin in august, and should the game be mostly bug free the game will be released.

Written by
Damian
Posted in
Specials
Comments
Leave a comment 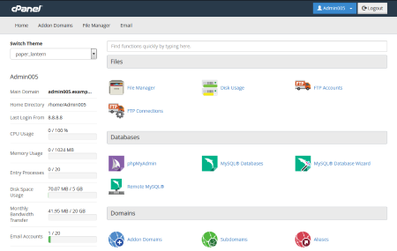 From January 1st to February 1st, hire us for web design and get a complete site for 200 dollars.  No monthly charges, and we host for you.  We specialize in wordpress and reccomend it due to cost savings.

Our goal is to build or maintain the business empire you want so bad, but seems just out of reach.

We can get you listed on Google search, Google maps, show you how to advertise, and do other related consulting in this deal as well.

Written by
Damian
Posted in
Projects
Comments
Leave a comment

A new game for Windows is in development.  We have selected the Godot engine.  We hope to ship by end of November 2021.  This was in lieu of a more complicated and less profitable microcontroller project. While microcontrollers are cool, the target market for software for them is too small.

*We have decided that Android has a larger potential install base, so we will develop for Android.  We have also switched to Game Maker Studio 2.  The book purchased on Godot development wasn’t comprehensive enough.

*Update May 12 2021 Due to budget constraints, the ease of setup for the ide, and other factors, the new game will be developed for HTML5, meaning anyone with a web browser can play our game.

Written by
Damian
Posted in
Specials
Comments
Leave a comment

Get Free Coffee, and Free Music Or a PC Game

As of December 2nd, 2020 Bendy Computers has moved to 3262 normandy woods drive in Ellicott City, Md.

Howard county is now officially part of our service area.  We look forward to serving you when time allows.  Please contact us by filling out the form below if you need service and we will get back to you.

Due to the acquisition of two vehicles, Bendy Computers is now capable of serving Howard County in Maryland on site.  Check Facebook for our hours www.facebook.com/bendycomputers or on Google maps.

Due to the Coronavirus, we are encouraging people to use our phone, text, and chat support options.  Payment is accepted via card and paypal.

For more urgent support or things that inherently require hands on, we are still providing those services on a case by case basis.

We are unfortunately unable to visit anyone on lockdown in a senior community, but will assist over the phone and accept checks from seniors only.

We service nationwide for remote support and in Baltimore City and Baltimore County for on site support.

Redbox has introduced a new live tv offering supported by advertisment.  It is available on it’s website.  They are working on original content, as well as carrying basic offerings from the major networks.  Obviously, you’re not going to find premium content from starz or hbo, but it’s something.  Redbox plans on adding it’s content to major smart tv brands and roku streaming devices.

A fifth fired Google employee said she believes she was “fired in retaliation” for her labor organizing efforts within the tech giant, as the company already faces similar allegations from its firing of four other employees just days after a staff-organized protest last month.

“I was involved in organizing at Google and I do believe I was fired in retaliation,” Kathryn Spiers, 21, from California’s Bay Area, told ABC News Tuesday.

Spiers said she wrote code that sends a notification to her coworkers whenever they visit the website for an alleged union-busting firm Google reportedly hired last month.
Google said her actions were an “unacceptable breach of a trusted responsibility,” according to a copy of an email sent by Royal Hansen, the VP of technical infrastructure security and privacy, and provided to ABC News by a Google spokesperson.

Spiers “misused a security and privacy tool to create a pop-up that was neither about security nor privacy,” the email stated. “She did that without authorization from her team or the Security and Privacy Policy Notifier team, and without a business justification. And she used an emergency rapid push to do it.”

I don’t think she would have been fired if she did something like leave union leaflets in the breakroom, but she had to go and use company security systems that she did not have a need to use, or permission to use.  She took a tool intended for safety and security and turned it into a personal broadcasting tool.  There are other ways to communicate in a company, and if I was organizing a union I’d try and be more secretive and not go on the company intercom or use work computers to do it.